Dr. Colleen Prendergast is a licensed chiropractor, practicing since 2007. She started out her career with her own private practice in Paris, France where she studied chiropractic at IFEC (Institut Franco Européen de Chiropratique) and is bilingual in French and English. 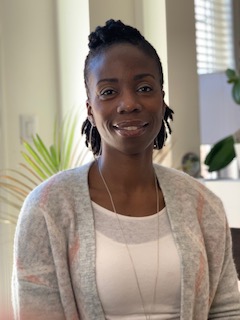 Dr. Prendergast earned a full track & field scholarship from the University of Iowa (USA) and graduated with a Bachelor of Science degree. She had the honour of representing Canada at the 1995 Junior Pan American championships in Santiago, Chili.  Her intensive background in sports compelled her to become a certified sports chiropractor in 2011, which allowed her to work with the semi-pro basketball team in Sceaux, France and numerous other elite athletes.

She is also certified in Canada as a Concussion Management Specialist with CCMI, thus allowing her to diagnose, manage and educate on Concussions.

In addition to her practice, Dr. Prendergast became a certified Kinesio Taping Instructor, travelling throughout France to provide instruction to health care professionals on the usage of the revolutionary tape for 5 years.

Since September 2020 Dr. Prendergast has become a columnist for CBC Radio Canada. During the daily news show “ L’heure de Pointe” she conducts a chronicle called “Vie Active” where she discusses different health topics in french.